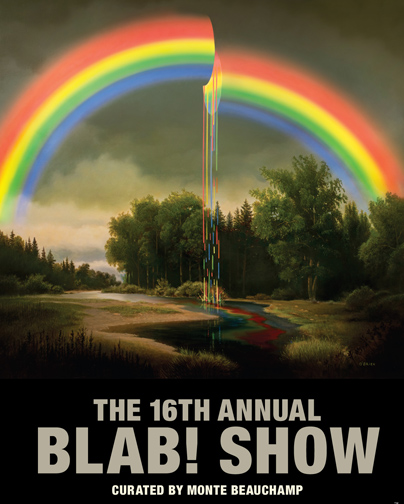 Opening September 11 at Copro Gallery, I have a painting in the “Blab” show. 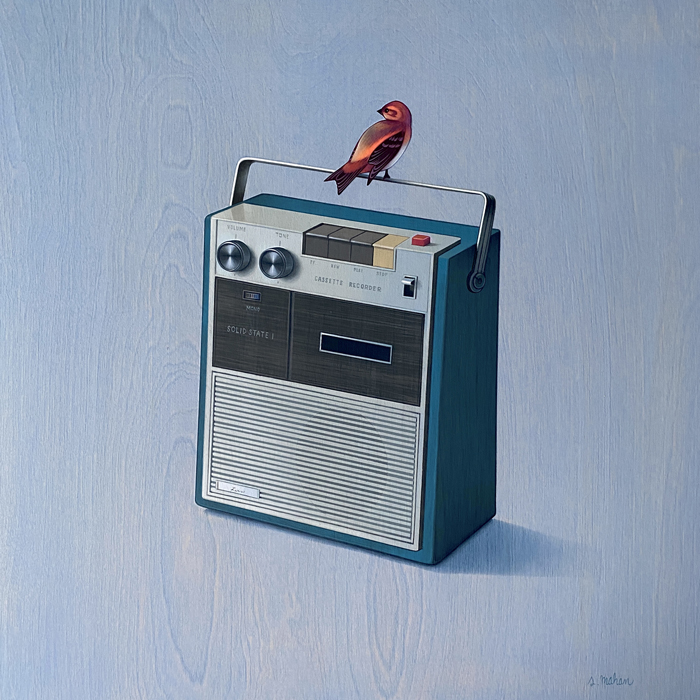 For the sixteenth year in a row, BLAB! magazine founder, editor, and curator Monte Beauchamp, and Copro Gallery presents THE BLAB! SHOW — an eclectic array of engaging paintings, sculpture, and illustration by contemporary artists the world over.

“I can’t believe it’s our sixteenth year in a row,” commented the Midwest curator. “Believe it or not, the key incentive as to why I keep organizing these annual BLAB! events is to be able to view the original work by our masterful contributors in person. My only stipulation in regards to content is that their piece be square.

“But then my vision for the digest entirely changed. I reformatted BLAB! as a 10-inch square color anthology mixing the art form of comics, illustration, and contemporary painters together, having no idea as to what the response would be. The new BLAB! took off like a bottle rocket. Within four months, the 5000-copy print run had completely sold out.”

“I began commissioning covers by Mark Ryden, Gary Baseman, and the Clayton Brothers, with interior art by the Low brow / Pop Surrealist painters, which led to a Los Angeles-based exhibition with Gary Pressman & Greg Escalante of the now legendary Copro Gallery. Gary rented out Track 16 at Bergamot Station in Santa Monica and on opening night over 1000 people turned out. It was exhilarating on the one hand, but overwhelming on the other. I was being pulled this way and that by fans of this art form to the point where I almost ducked out. Never before in my life had I experienced an art event such as that. Looking back on that time, when people ask what it was like, I tell them: Now I know what it feels like to be treated like a Beatle.”

This year’s show will be a real homecoming for Beauchamp as he was forced to cancel last year’s trip due to COVID19. “I’m really looking forward to once again hanging out with those who have supported us over the years and to meet the first timers attending THE BLAB! SHOW.”

Curator Monte Beauchamp is an award-winning art director and graphic designer who has served as a juror for American Illustration, The Society of Illustrators, Communication Arts, and Lürzer’s Archive. He is the founder and editor of the graphics-illustration-comics annuals BLAB! and BLAB WORLD. His books include A SIDECAR NAMED DESIRE: Great Writers and the Booze that Stirred Them (co-authored with Greg Clarke, HarperCollins-Dey Street), MASTERFUL MARKS: Cartoonists Who Changed the World (Simon & Schuster), and KRAMPUS: The Devil of Christmas (Last Gasp), among others, and have been featured in Entertainment Weekly, Buzz Feed, Vanity Fair, The Chicago Tribune, The Huffington Post, The Believer, Print Magazine, and Publishers Weekly. In 2012, Beauchamp was awarded the Society of Illustrators prestigious RICHARD GANGEL ART DIRECTORS AWARD (for outstanding contributions in promoting and advancing the art of illustration).